The florin is the official currency of Aruba. It is subdivided into 100 cents. The florin was introduced in 1986, replacing the Netherlands Antillean gulden at par.

The currency has been pegged to the United States dollar at US$1 = 1.7900 florins since 1986.
The history of the Aruba Florin
Aruba became a separate territory within the Kingdom of the Netherlands in 1986. Shortly after Aruba became a separate territory Aruba established its own Central Bank “Banco Central di Aruba”, and began to issue its own currency, the Aruban florin. The Aruban florin was first introduced in 1986, replacing the Netherlands Antilles guilder at par. The Aruban florin is divided into 100 cents and its ISO 4217 code is AWG.

Prices in Aruban florins are expressed the same as prices in guilder currencies, with a long italic f, i.e. ?100,00 is 100 florin.

Coins come in denominations of 5, 10, 25 and 50 cents, 1, 2? and 5 florin. Currently Banknotes are issued in denominations of ?10, ?25, ?50, ?100 and ?500, the 5 florin banknote has been replaced by a coin, however the note remains legal tender. All banknotes in Aruba are issued by Central Bank of Aruba. On the first series 1986 banknotes the name of the central bank was written in the local language Papiamento; Banco Central di Aruba. On all notes from 1990 until today the bank’s name is expressed in Dutch only; Centrale Bank van Aruba.

The value of the Aruban florin is pegged to the U.S. dollar at a rate of 1.79 florins is equal to one U.S. dollar. This peg has been observed since the florins inception in 1986.
阿鲁巴岛弗罗林样币 阿鲁巴岛弗罗林铸币 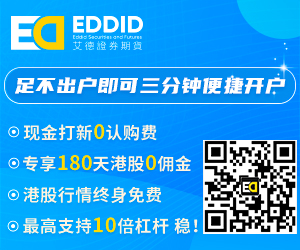